Rathert Stadium stands in Junction City as a striking example of the Works Progress Administration (WPA) that created jobs for millions of Americans as the nation’s infrastructure was repaired during the Great Depression. Completed in 1937, the stadium, constructed with massive limestone blocks and an expansive wood stand and roof, once gave struggling Kansans the dream of a better life.

Today, the stadium continues to offer another dream for the players warming up on the diamond. Thanks to the Mid-Plains League, college-aged players can play the game they love with the dream that their actions on the field and in the communities they represent might lead to an opportunity to advance their collegiate baseball careers and beyond.

On June 24, those two dream scenarios blended perfectly for an evening of fun for the players, fans, and the support of a league based on a simple mission of the Mid-Plains League’s commissioner, Michael Moore.

“We enjoy helping baseball players and making sure that they are reaching their dreams.”

Founded in 2014, the wood-bat league comprises Kansas teams in Baldwin City, Junction City, Lawrence, Sabetha and Topeka, along with Belton and Kansas City in Missouri. The list of league players drafted by major league teams is long. In addition, nine former players played professionally in the minor leagues. That fact helps the league continually draw players from countries far and wide.

On last Friday’s hot and steamy evening, the Junction City Brigade hosted the Topeka Farmers. The openings at the top of the limestone walls allowed breezes to cool the surprisingly large crowd. A beer garden down the right-field line gave other fans various decks to view the game with a cool drink in their hands.

The staff of the Brigade made sure everyone shared the game experience. With Central National Bank and Twin Valley Internet as game sponsors, fans were treated to various giveaways. Children received Brigade baseball cards as they entered the ballpark, while many took part in a variety of between-inning fun sure to make them want to come back for another game. In addition, players signed an endless stream of autographs before, during and after the game.

As there were signs of the stadium’s old age, players often displayed their young age on the field. Neither was perfect. Yet, both the setting and the teams provided a delightful evening that showcased why baseball remains a beautiful game, one that can prove dreams come true at the right time in the right place. 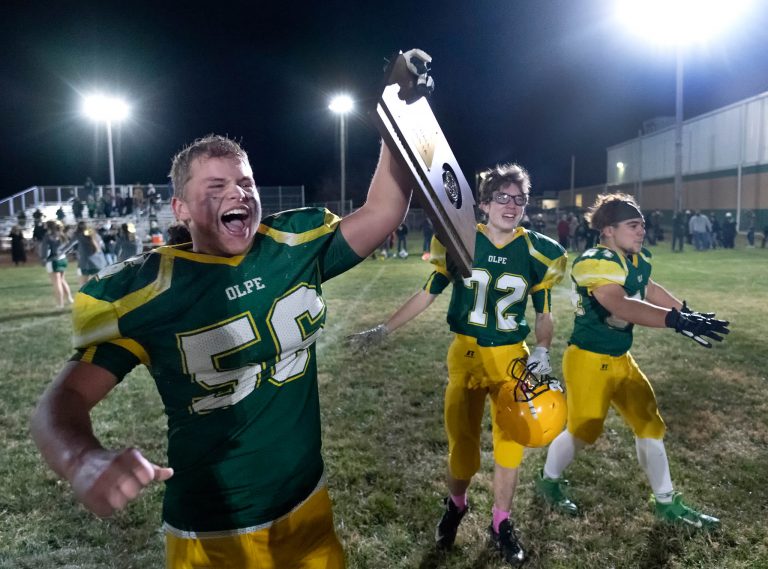 Laura and I chose the 1A state football semi-final between Lyndon and Olpe because it was a much-anticipated rematch between two good teams. 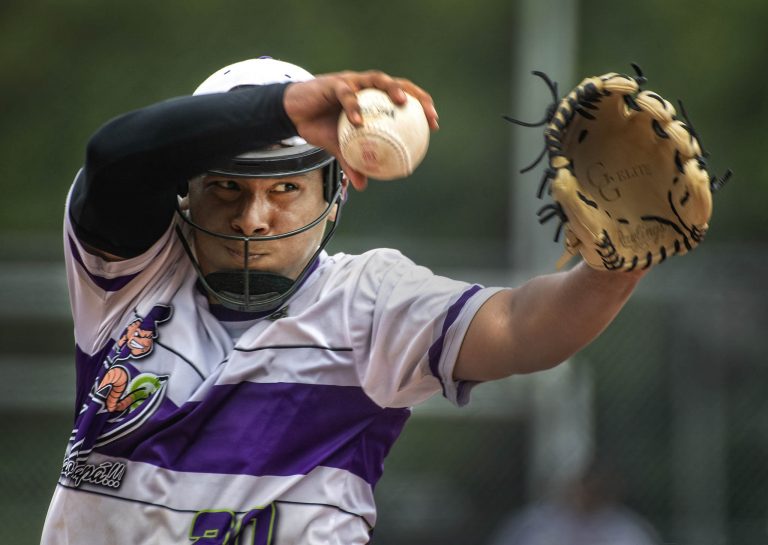 The weekend tied to July 4th celebrations in Newton, Kansas, for the past 74 years has been devoted to the… 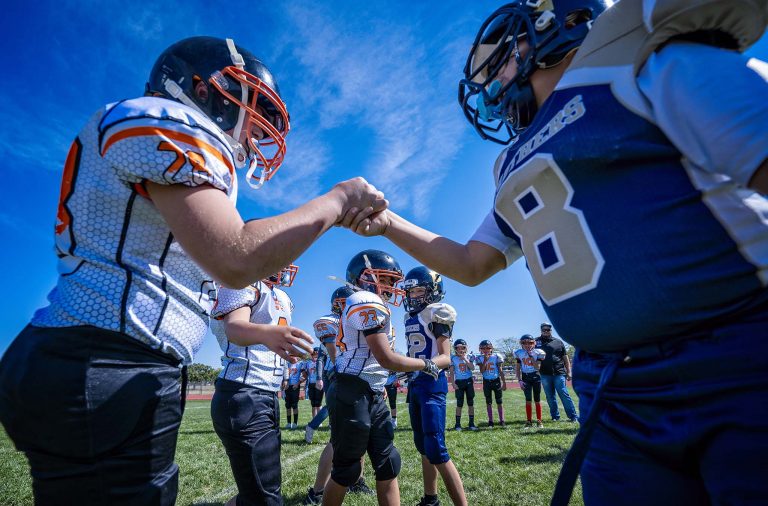 When the PRIDE of Kansas Football League formed in 2014, the thought was to take the growing interest in tackle… 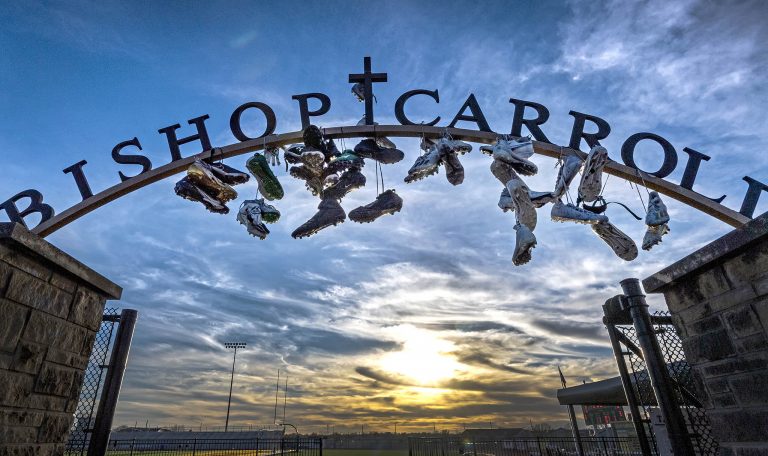 Throughout my long photography career, many great sports traditions have left an indelible mark on me. 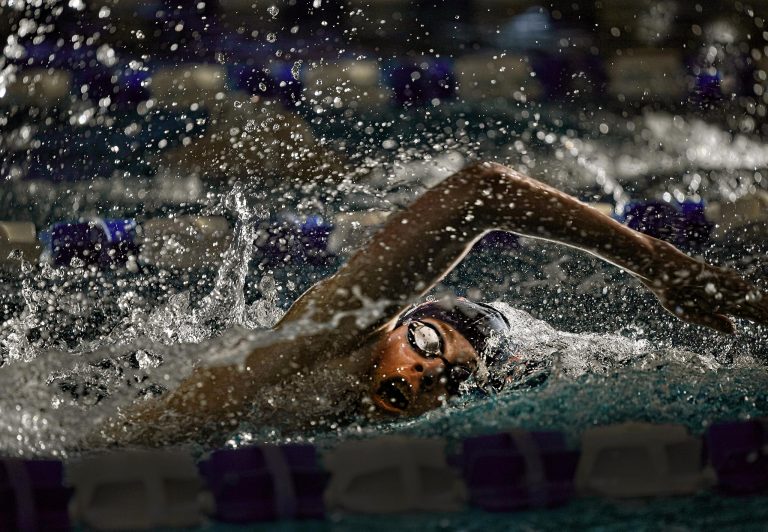 Hello. I realize time has flown by since my last post. There are some long-term uncompleted photo projects involved in… 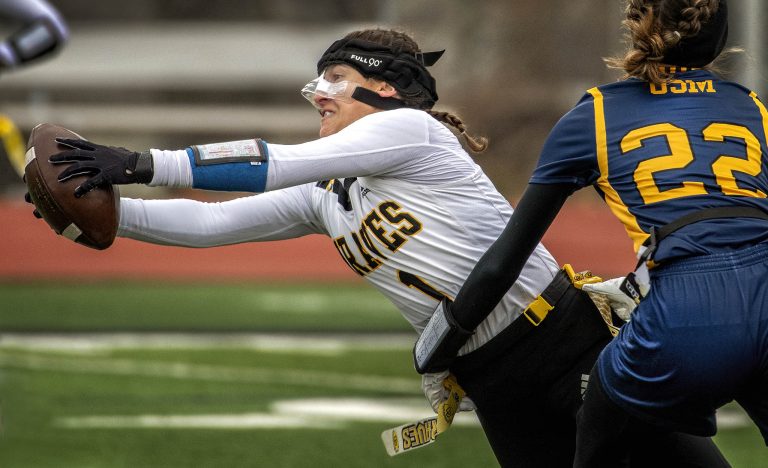 Two quarterbacks dropped back and fired passes to receivers running short curl-in patterns. Every pass was thrown hard and zipped…