Stepping into Southwestern College’s Stewart Field House proves that growing old can be a beautiful thing. I felt utterly transported back in time as I wandered through the nooks and crannies of this fabulous basketball facility. The massive stone structure opened in 1924 in Winfield, Kansas. It remains the oldest basketball facility in use west of the Mississippi River.

No, James Naismith did not hang peach baskets at the ends of the court during the grand opening, but fans in the top row of the bleachers have been resting their backs against the same massive stone walls erected nearly 100 years ago. On one side of the new parquet court, up-to-date bleachers line the east side while comfortable plastic seatbacks for season ticket holders climb up to beautiful windows on the west side. This mixture of new with the old makes the Field House so endearing.

There are new locker rooms, but players still wind their way up sets of stairs to reach it. Signs direct players down a long staircase to the training room. Ancient hallways brim with stored equipment that can only be located through seemingly hidden entrances. Anyone who feels the field house long ago outlived its worth has only to look up past the championship banners that encircle the courts to look in wonder at the impressive wood ceiling, the facility’s most incredible throwback feature.

Unfortunately, the grand finale to this classic setting cannot be seen from the court and can only be reached after climbing staircases and through several doors. However, that journey is worth it because of the wooden, banked two-lane running track near the ceiling. Even with an iron railing for safety, runners back in the day had to be genuinely as daring as chariot drivers circling ancient hippodromes. It would be nice to think all the current Southwestern runners sneak in a few laps on the wooden wonder at a school filled with traditions.

Yet, the wonder of Stewart Field House doesn’t end with its structure. It only gets better when the story of The Jinx is revealed. In 1912, the Southwestern football team defeated rival Fairmount College (now Wichita State) 41-3. Students erected a tombstone in celebration in a campus cemetery with the final score and a black cat with its back arched inscribed.

Fairmount’s continued losses led their students to steal the tombstone, only to have it rescued back by Southwestern, with the slab secretly hidden. The monument was eventually stolen again in a series of moves worthy of a Mission Impossible movie with Tom Cruise. Such joy filled the Wichita campus that the dean proclaimed, “I don’t give a hang if we don’t have school for a week.”

Even with the tombstone in their possession, Fairmount losses mounted until the slab was finally destroyed by nine sticks of dynamite. Yet, even after the big bang, The Jinx continued. Students gathered up tombstone chips and buried them around the Southwestern campus. The love for The Jinx is now found everywhere in sports facilities, on uniforms and fans’ clothing. A permanent resident of the Field House is now a black cat, though Jinx is rarely seen during games.

Such devotion to tradition is also revealed in the school’s actual nickname, the Moundbuilders. The annual ceremony of creating a mound of stones from the abundant limestone in a special celebration honors the college’s unique and somewhat quirky qualities. The belief in the rituals of the Moundbuilders and the home of The Jinx makes it easy to believe that the genuinely iconic Stewart Field House will remain the oldest such facility west of the Mississippi and a joy to cherish for years to come. 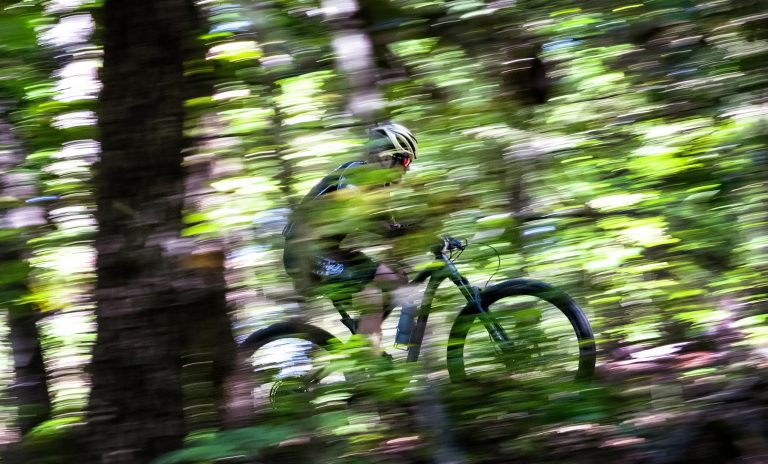 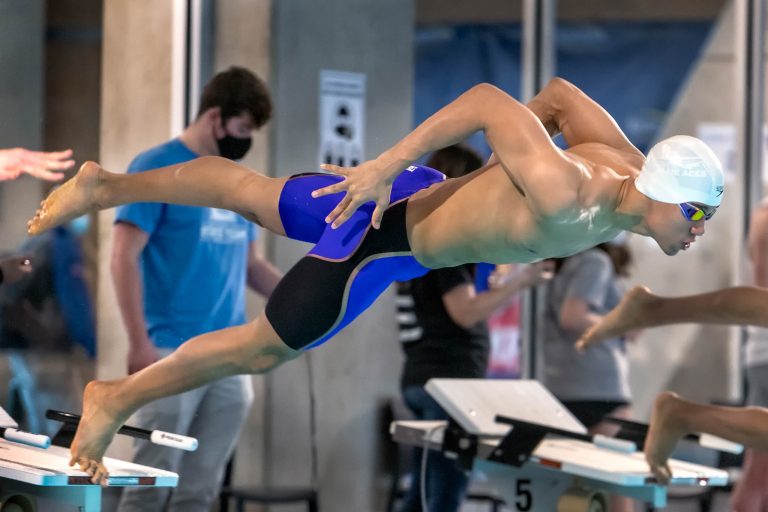 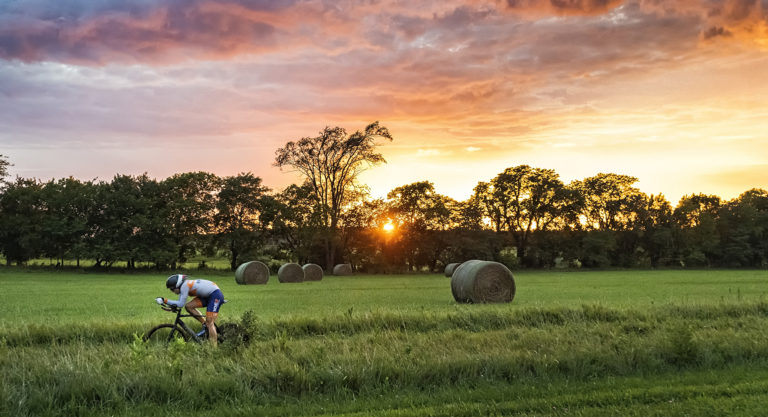 In the vast world of bicycle racing with events ranging from short sprints to epic endurance events, one challenge maintains mystical prestige – the hour record. 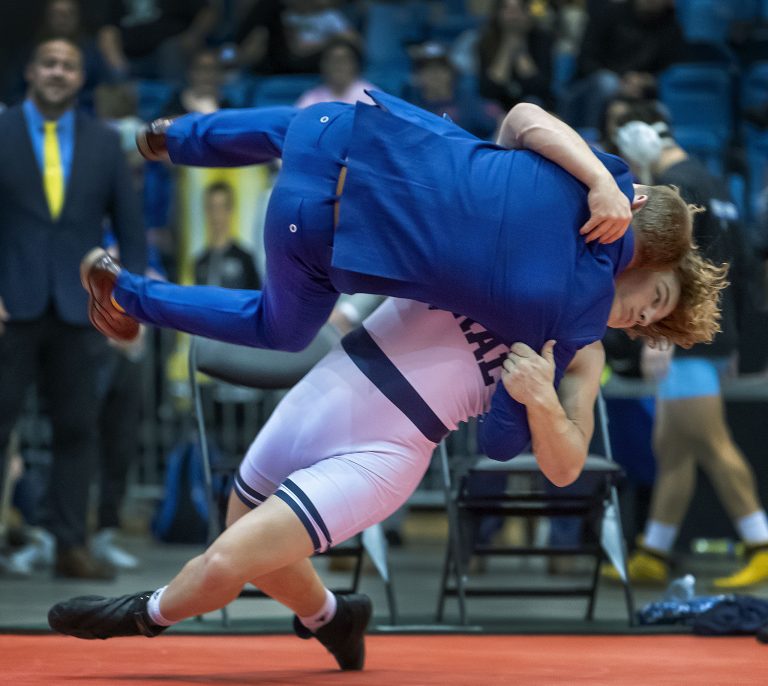 Start with a wrestler’s celebratory lift and roll of his coach onto the mat. Then, add a three-time state champion… 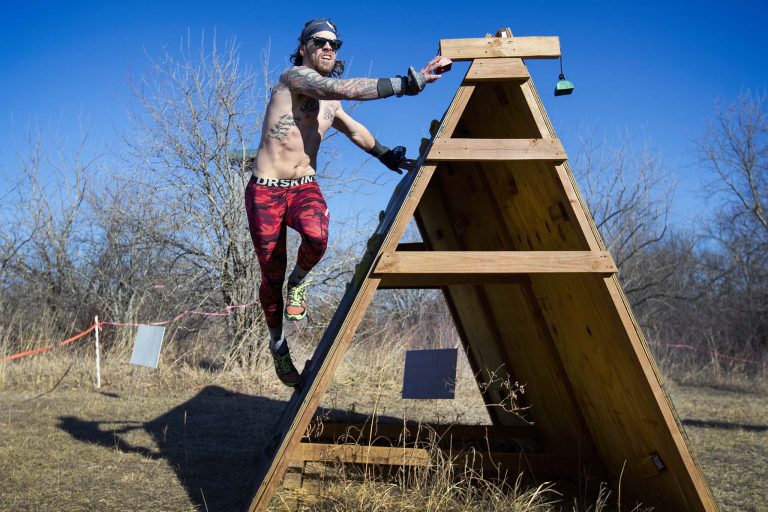 Just living in today’s crazy, mixed-up world is challenging enough. Yet, some find the need to overcome obstacles in their… 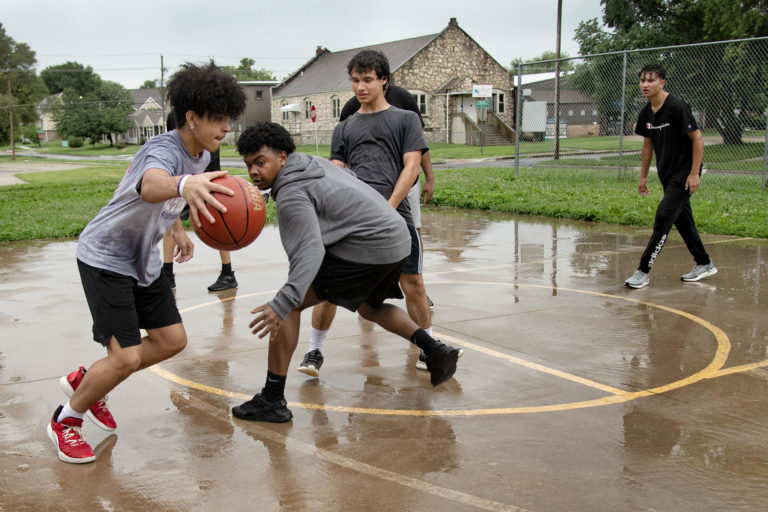 Five blocks from our home in the Old Town section of Topeka sits Faith Temple Church and its school.